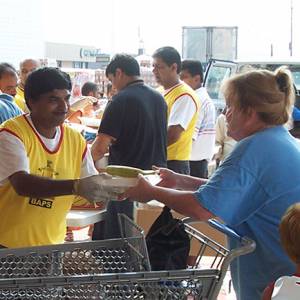 One of the most dramatic illustrations of nature’s force came to light once again as the Category 5 Hurricane Katrina devastated the Southern United States of America.  With whole communities wiped out and a large death toll, Katrina is now described as possibly the worst natural disaster to strike the United States. BAPS Charities (previously BAPS Care International) launched its relief efforts immediately on August 29, 2005, the day Katrina came in towards land from the sea and continued till much later to expand the breadth and depth of its relief operations in the hurricane-stricken zones along the Gulf Coast.

“As we enter our second week of relief activity, our center in Jackson continues to prepare and provide three hot meals a day” explained BAPS Charities President, Nilkanth Patel, “We have also mobilized our 45 centers throughout North America to launch a Katrina Relief Fund and collect in-kind and monetary donations. In the Greater Houston Area, we have also joined forces with all Indian organizations to provide similar types of relief.”

Impressed by the relief efforts of BAPS Charities, the Mayor of Kenner LA issued a special permit so volunteers could start providing immediate relief.  “Kenner still needs assistance with food and water;” explained BAPS Care volunteer, Ashok Patel, “to ensure this is maintained, and we can continue to help the victims in Kenner.” A relief kitchen was set up to provide a variety of cooked meals like macaroni cheese, spaghetti, rice, curries, and pasta for over a thousand people, in addition to distributing basic household items, bottled drinking water, and food packets.  Two hot meals per day were served to over 1,500 people for many days in Kenner.

In addition to providing hot food and support to the victims of the disaster, BAPS Charities also addressed the lack of basic everyday necessities by distributing emergency supplies of toiletries, medicines, cooking utensils, disposable kitchenware items (plates, knives and spatulas), and over 15 grocery items including milk, biscuits, sugar, salt and cooking oil.

This was not all – after the immediate rescue, and the initial relief for the survivors came the realization of the damage and depression at their loss. BAPS Care extended their help for all at this juncture too.

With depression and despair rampant, the requirements extend far beyond material needs.  With the huge numbers of people that were displaced, shortage of adequate shelter was a serious problem. To lend a hand in meeting this demand, BAPS Charities arranged to provide the Red Cross with over 140 rooms at various motels. Many students were forced to relocate to different cities and to ease their financial burden BAPS Charities provided free accommodations in hotels and apartments and also provided them with financial aid. BAPS Charities had stationed a total of 530 volunteers throughout the nation to work on these relief efforts and to help the displaced people get back to normal living.

BAPS Charities organized walkathon at  26 centers across North America and the fund raised was used for Hurricane Katrina Relief Efforts.

1,200 hot meals were served daily to survivors in:

140 Motel rooms were made available in the Jackson, MS area to families and students who had been evacuated from the coastal towns 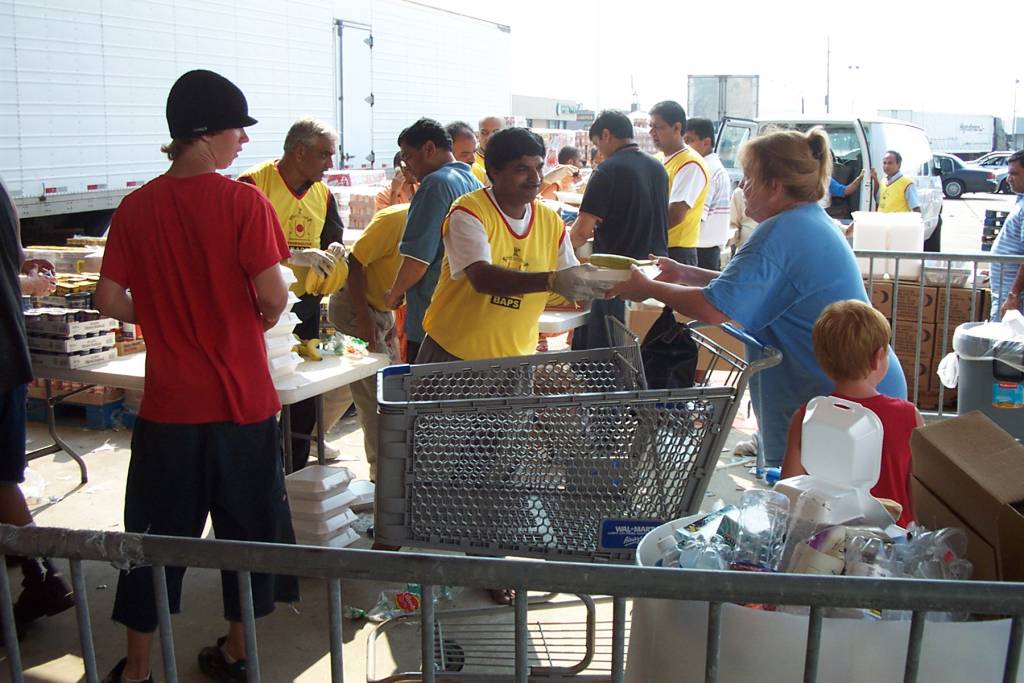 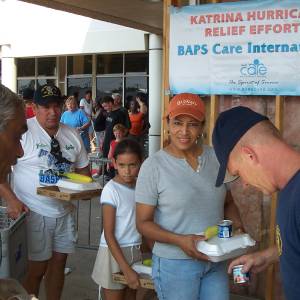 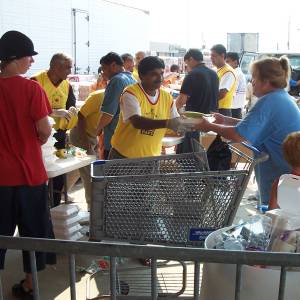