Despite economic prosperity in the United States, nearly 50 million Americans go hungry every day, including 33.3 million adults and 15.8 million children. National statistics estimate that 1 in 6 Americans cannot afford to place a meal on their table on a daily basis. Children in the United States are even more vulnerable to this hunger epidemic.

BAPS Charities held its annual food drive in Dallas, TX benefiting the North Texas Food Bank on October 21, 2017, in an effort to support the fight against hunger. Volunteers of all ages, along with community participants, collectively donated over 300 canned and dried food items to support the drive. Similar food drives have been organized across North America by BAPS Charities to assist local and nearby families, especially during the holiday season. 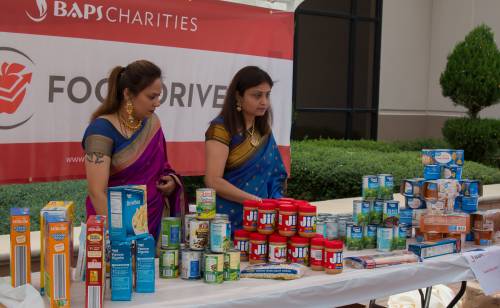 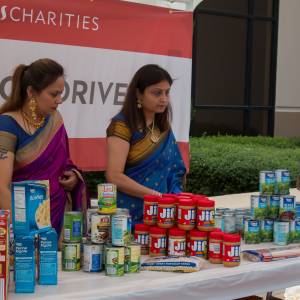