On Saturday, September 20, 2008, BAPS Charities took these meals to local communities in downtown Houston, where many were still without power. Meals were also served to those waiting in line for many hours at the Texas Health and Human Services for food stamps. Father Richard DiLeo, pastor of Our Lady of Guadalupe Church commented, “We are grateful for the meals provided to the community today and the services offered by BAPS Charities.” In the Seabrook area, volunteers went door to door to distribute hot meals to those that did not have transportation.

By Sunday, September 21, 2008, BAPS Charities had served over 3,000 hot meals to the local residents. Ever since Ike struck, the immediate response of BAPS Charities to the tragedy and it’s ongoing relief efforts have been appreciated by many of the afflicted. Maria Zamora, a resident of Houston said “I was out of electricity for a couple of days so I know how enjoyable a hot meal will be to those who still do not have electricity. Thank you so much for your timely help. I really appreciate your commitment to serve.”  With a majority of Houston and its surrounding areas without any power for such a long period of time, these meals provided much-needed assistance.

At times of such crisis, depression and despair are rampant; requirements extend beyond material needs. Along with relief efforts, BAPS Charities volunteers are also comforting families and individuals. All BAPS Charities centers throughout the world held a special prayer ceremony on September 21, 2008, to pray for the victims of this disaster. 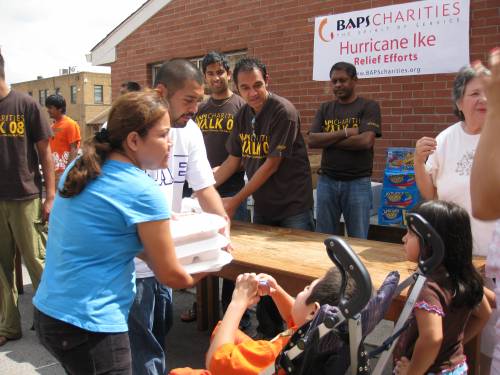 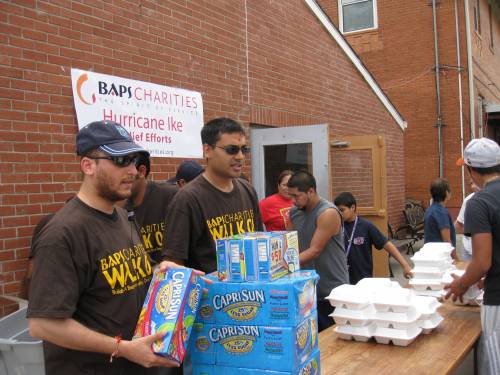 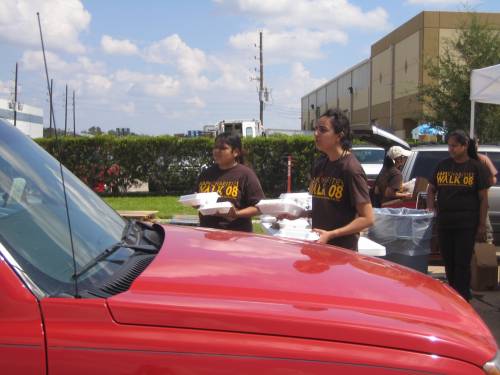 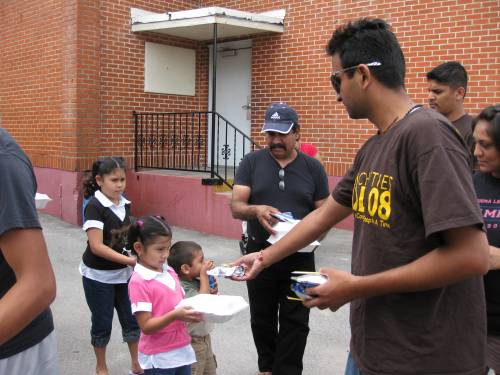 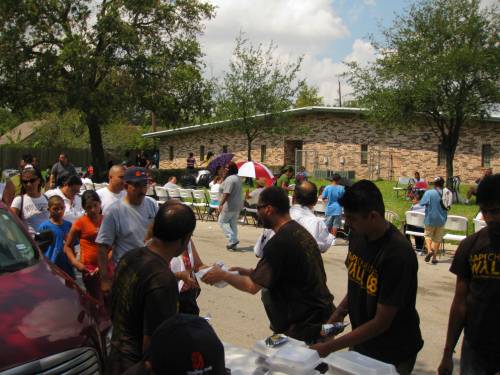 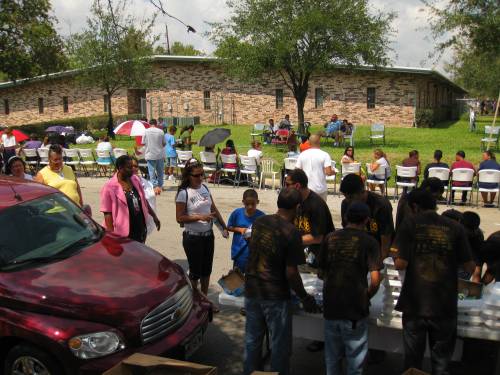 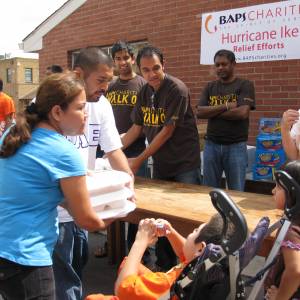 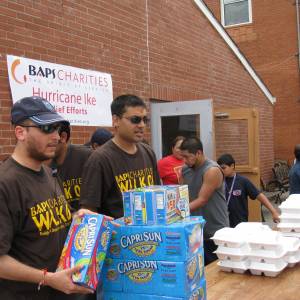 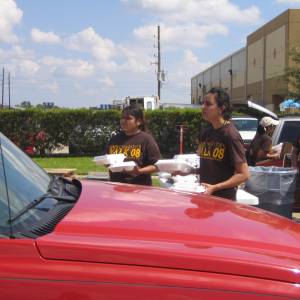 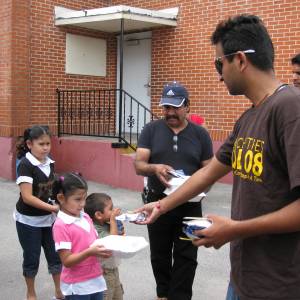 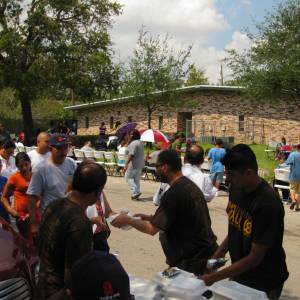 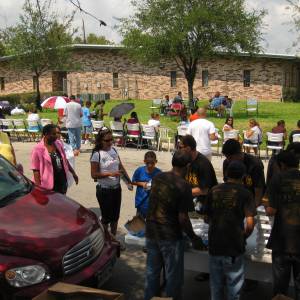