As the best of the world’s athletes gathered in Tokyo for the Olympics and inspired the world with their endurance, spirit, and dedication to their sport, BAPS Charities volunteers in Los Angeles, California, organized an Educational Youth Roundtable with members of the Jamaican Olympic Team. Jamaican sprinter and Olympian Yohan Blake visited the BAPS Charities regional headquarters in Chino Hills, California. He was joined by Rasheed Dwyer, Jevaughn Minzie, Ronda Whyte, Anastasia Leroy, and other Jamaican Olympic Track team members.

During the roundtable, runners Yohan Blake and Ronda Whyte spoke to over 75 BAPS Charities youth volunteers and answered questions about what inspires them and what kind of mindset allows them to achieve their goals. When asked about his mindset, Mr. Blake said, “never settle, be a go-getter” and inspired the group to “believe in your talent [because] that will be your greatest strength.” In addition, Ms. Whyte encouraged the audience to “be hungry for success” and that to achieve anything, tell yourself that “I can, I must, and I will.”

Youth asked questions about team unity, how to remain humble amidst the fame they receive, goal-setting, how to remain confident and keep one’s self-esteem elevated.

“With the Tokyo Olympics days away and with Los Angeles hosting the 2028 Olympic Games (LA28), meeting with and listening to two Olympians speak about how they worked hard to achieve their goals was very inspiring,” said Krishi Gajjar, student and BAPS Charities volunteer. “When Ronda Whyte shared her story about her roots and how she never gives up on her dreams, I became more motivated to pursue my passion.”

After a motivational discussion, Mr. Blake, Ms. Whyte, and the rest of the team were presented with two cards signed by the youth volunteers wishing them luck at the Olympic Games in Tokyo.

Jay Patel, a youth volunteer, was touched by the humility of the team. “Mr. Blake, Ms. Whyte, and the athletes from the Jamaican Olympic Team are in the spotlight yet they act with such humility. This is inspiring to see, and I am amazed by how they remain humble despite their attention. Also, their work to give back to the underserved in their home country is inspiring and matches the same spirit of service we strive for at BAPS Charities.”

Their last stop before their flight to Tokyo, Mr. Blake, Ms. Whyte, and members of the delegation also left inspired and motivated after meeting with and listening to the experiences of the BAPS Charities youth volunteers.

BAPS Charities continues to organize regular activities to engage youth and help them stay connected through educational seminars and inspiring topics on a variety of topics. 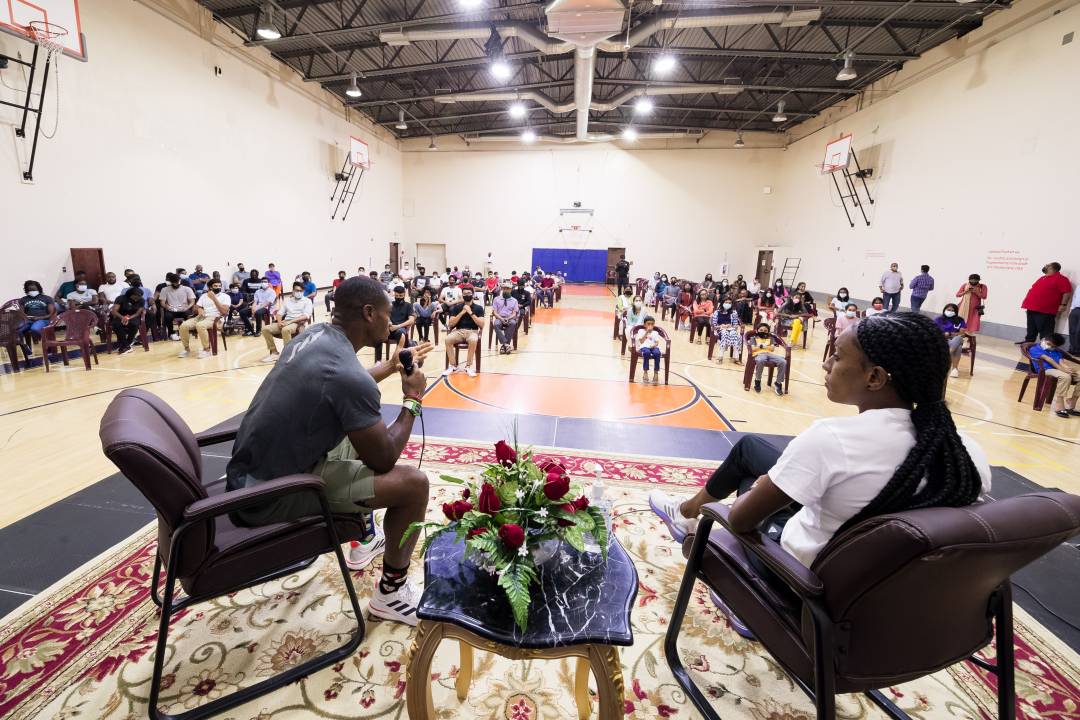 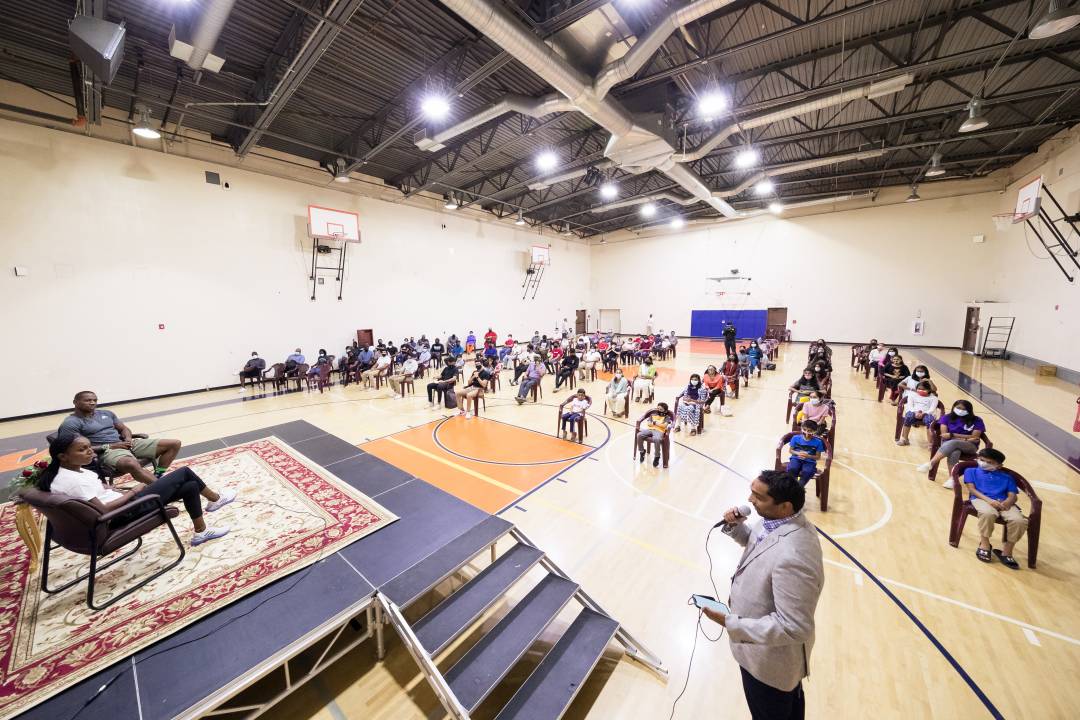 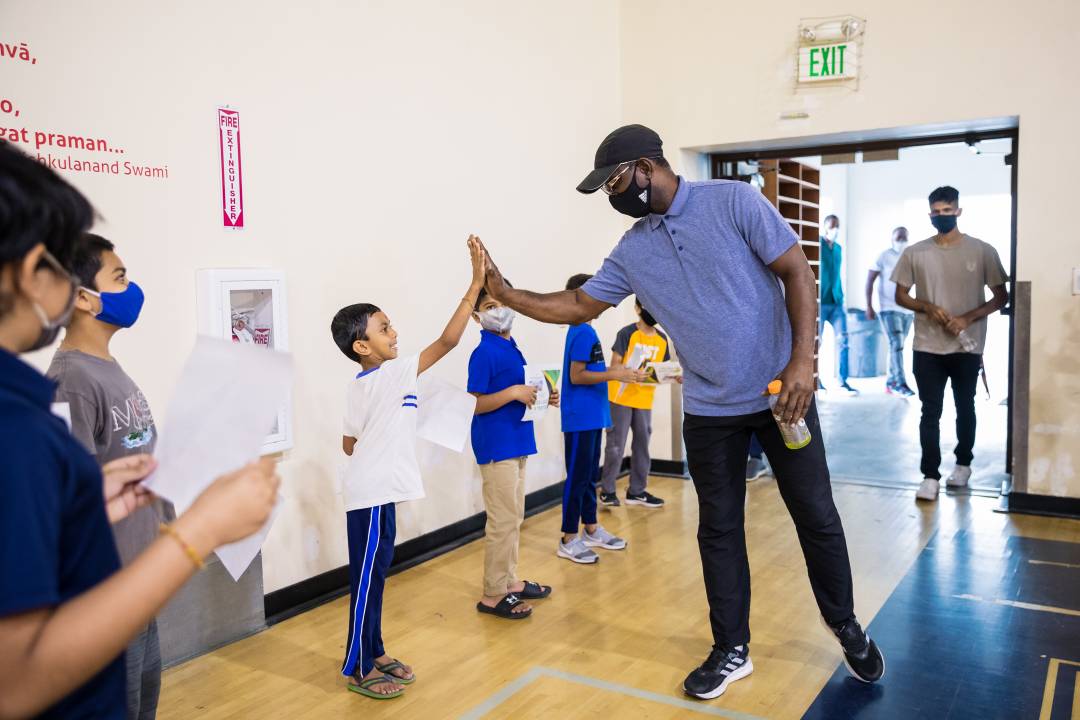 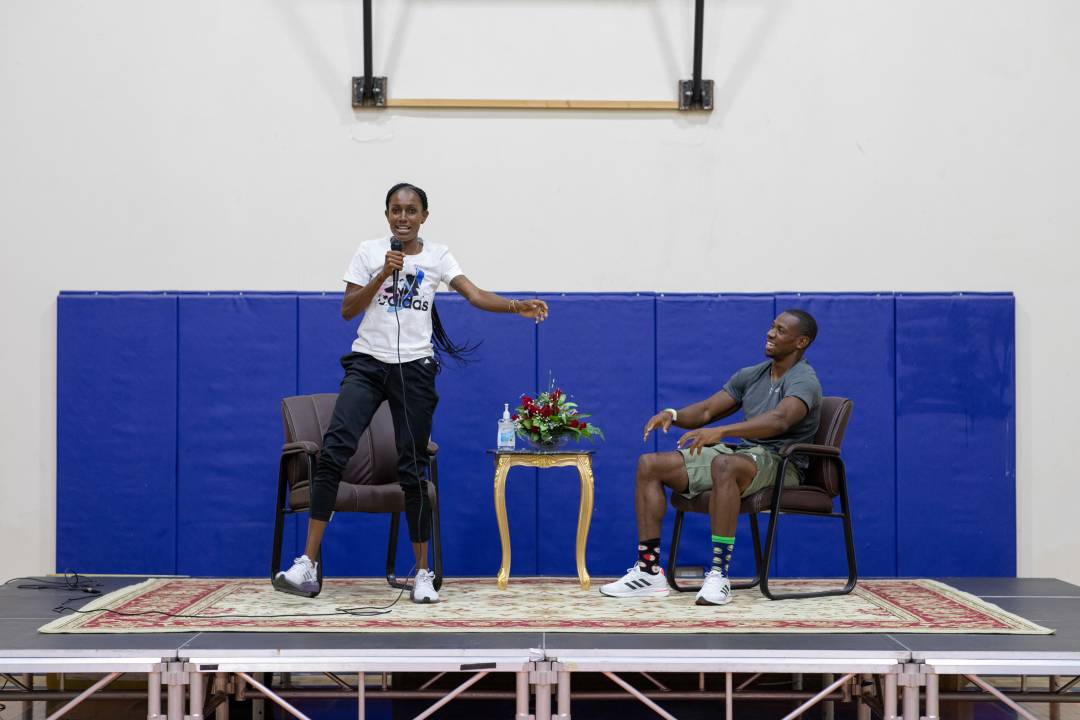 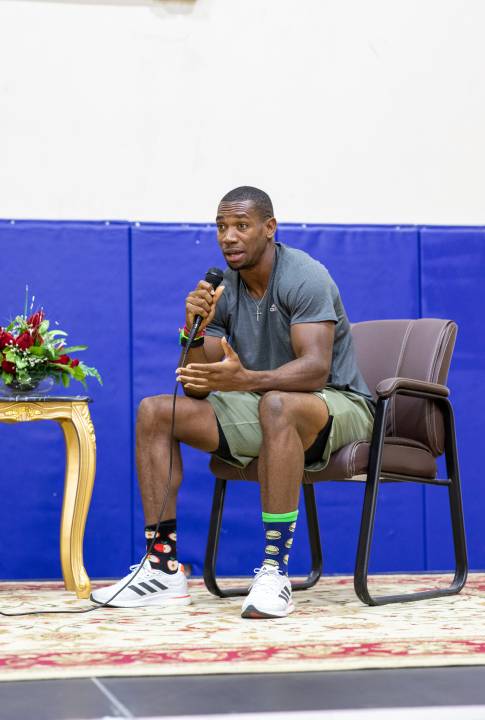 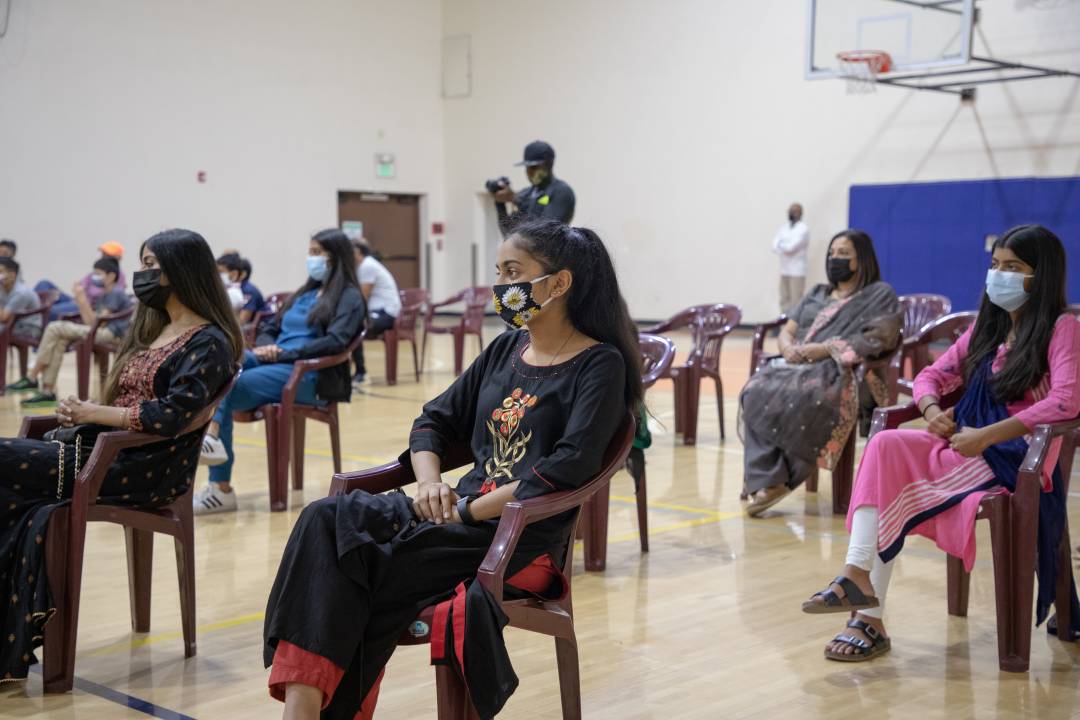 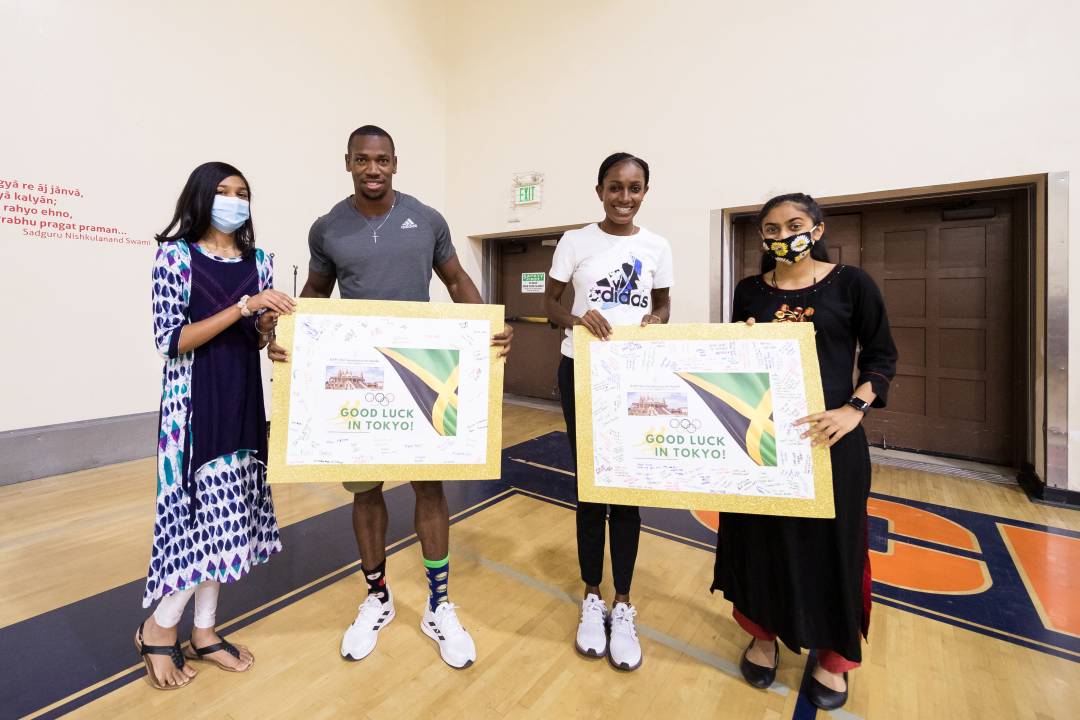 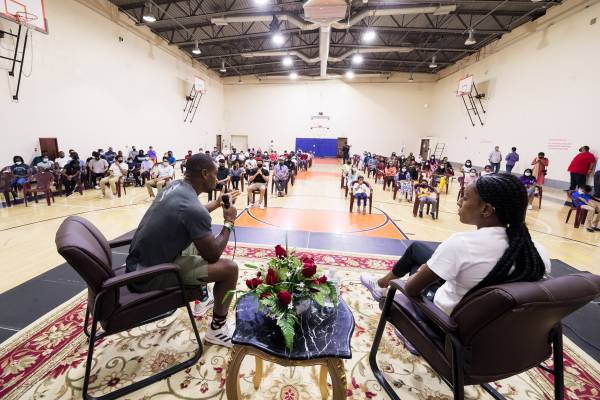 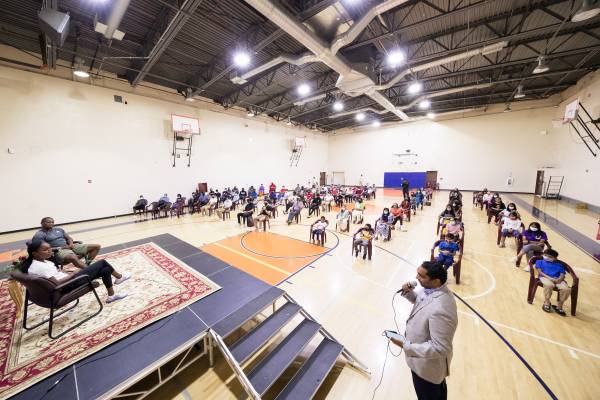 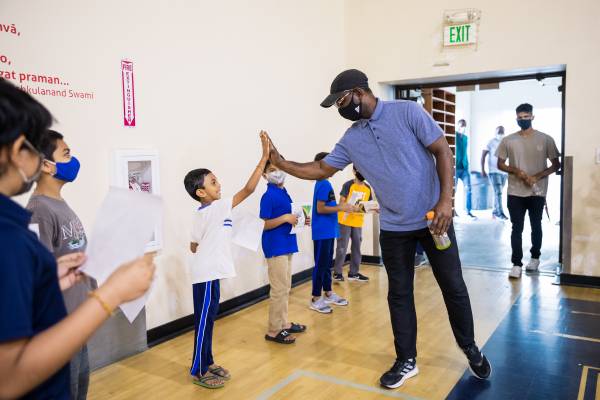 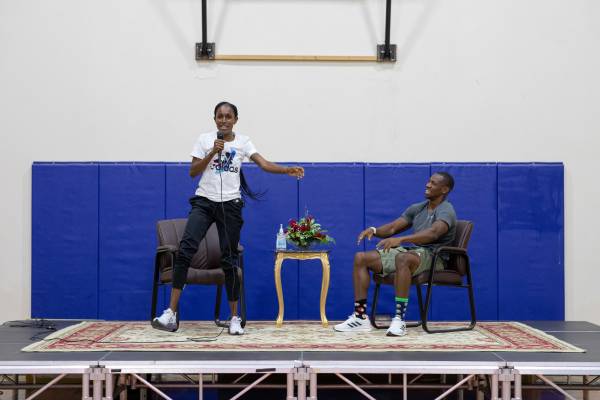 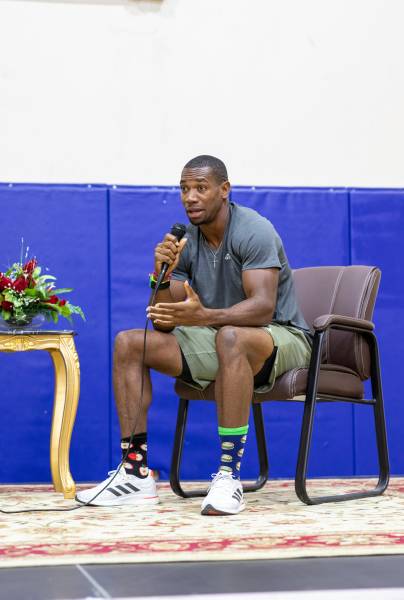 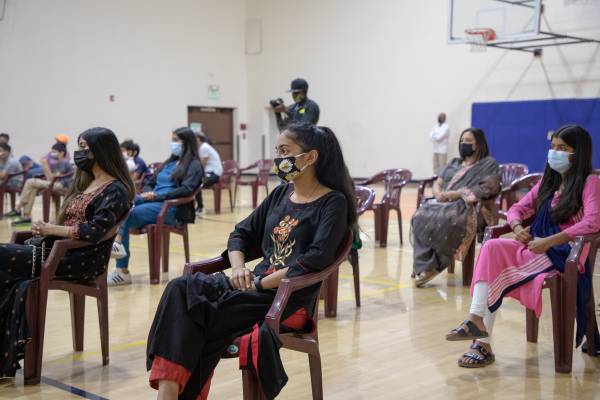 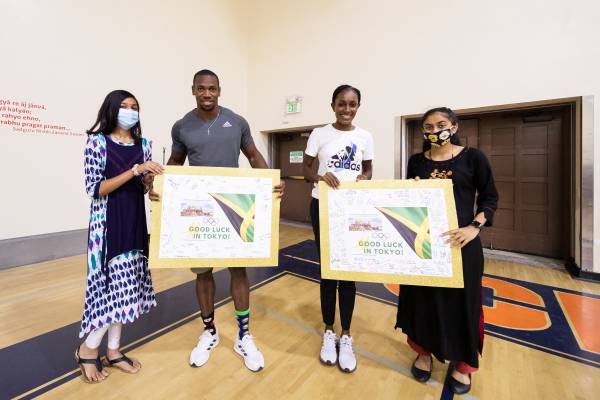