Yoga is steeped in ancient Hindu tradition, with the first references of the practice appearing in the Rig Veda. Yoga aims to unify the mind with the body and soul while also providing a series of health benefits for practitioners. Yoga’s scientific asanas aim to help optimize the body’s functions, while also strengthening core muscles. In addition to the health benefits, yoga enables one to achieve harmony with the surrounding world and universe. The practice transcends age, culture, religion and gender. In 2016, yoga was recognized by the United Nations Education, Scientific, and Cultural Organization (UNESCO) as an Intangible Cultural Heritage of Humanity.
As part of its mission to serve the health and well-being of communities around the world, BAPS Charities conducted a practical Health Awareness Lecture on Practicing Yoga in Los Angeles, CA on October 1, 2017. Key points of the lecture discussed the core components of yoga, asana and pranayama, the two key steps to prepare the body to sustain higher levels of mental clarity, energy, and health. Pravina Champaneria, an experienced practitioner, led the attendees through the theory and practice of basic breathing techniques and postures. Audience members left the lecture with a deeper understanding of pranayama and asana along with inspiration to continue yoga for additional health benefits. 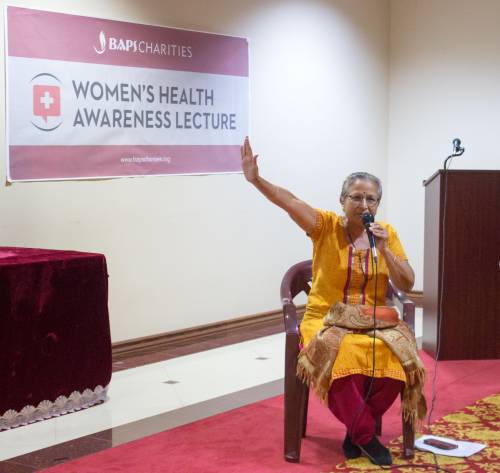 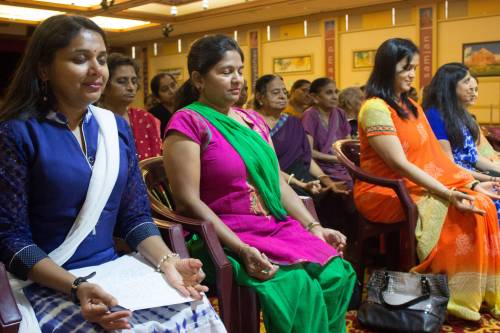 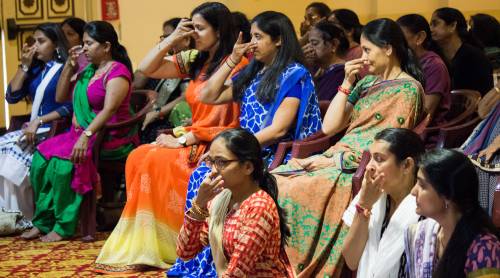 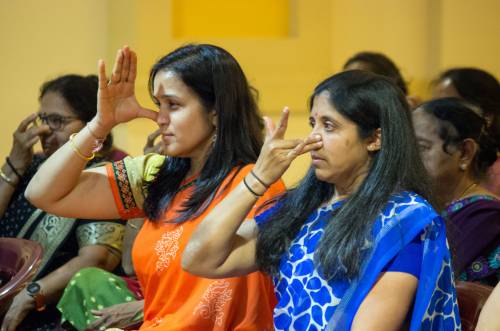 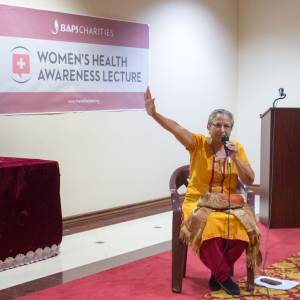 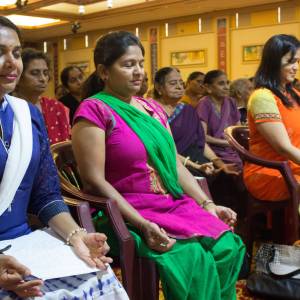 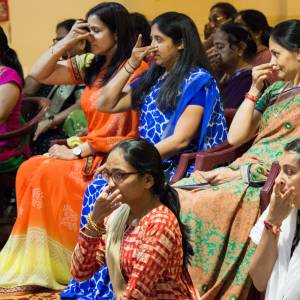 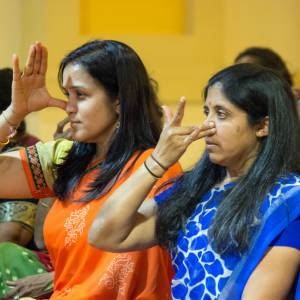