In the United States, hunger is often considered to be a foreign problem. To many Americans, the thought of a neighbor or fellow community member battling with hunger is simply unfathomable. Despite the United States’ economic prosperity, 50 million Americans go hungry every day. Often, financial insecurity makes it difficult for families to know when they will be able to afford their next meal. National statistics estimate that 1 in 6 Americans cannot afford to place a meal on their table on a daily basis. Children in the US are even more vulnerable: approximately 20% of American children go hungry everyday. Hunger is a pervasive problem – it exists not just in small pockets, but also in every single community in America.

Hunger in America can be addressed through thoughtful solutions that integrate community participation along with government-funded public assistance programs. Government programs such as Supplemental Nutrition Assistance Program (SNAP) provide assistance to American families during times of economic hardship. Local food pantries supplement these programs by connecting people in need with nutritious food.

In an effort to give back to local communities in the Bucks County area, the youths of BAPS Charities in Levittown, PA, organized a food drive on Martin Luther King Jr Day on January 20, 2014. The collected food by BAPS Charities and places of worship at other Martin Luther King Jr observances this week will be distributed to local food pantries at Robert K. Shafer Middle School, YWCA Family Center, and Harvest Ministries.  Items collected included canned goods, cereal boxes, pastas, bottled sauces, and other non-perishable foods. 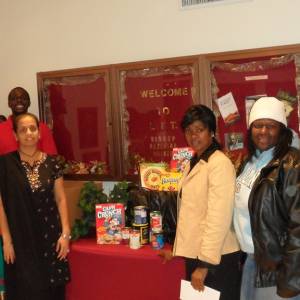 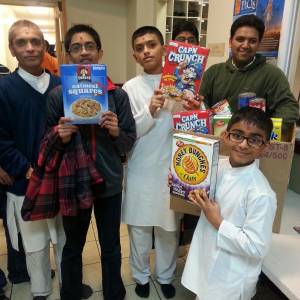