BAPS Charities has responded to this call by initiating a host of projects throughout South Africa. One of these is a neighbourhood waste recycling and street cleaning project where approximately 150 homes within the Mayfair-West suburb of Johannesburg, will be given recycle bags for the purpose of recycling their plastic, glass, paper and metal waste. This project ties in with the theme of Mandela Day 2014 where the current president, Jacob Zuma, has called for all South Africans to make South Africa cleaner.

Through partnership with the City of Johannesburg’s waste management company – Pikitup – BAPS Charities volunteers will be handing out the bags to these homes 3 weeks prior to Mandela Day. Arrangements will be made to collect the bags from each home and handed to Pikitup for recycling purposes.

Further to this, BAPS Charities volunteers will be collecting rubbish and waste from streets within the Mayfair-West and Lenasia suburbs on Mandela Day as part of our efforts to support this cause. 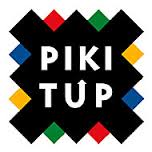 As the official waste management company for Joburg, Pikitup works with recycling companies to launch and support recycling initiatives, particularly at community level. Pikitup’s support has been vital in the establishment of five community-run recycling buy-back centres located across the city, and more centres are planned for the future. Pikitup is actively involved in recycling research, and is investigating recycling joint ventures with international partners. Recycling is key to the twin goals of minimising the waste going to landfills and extracting maximum value from the waste stream. Separating recyclable materials — glass, paper, metals and certain plastics — out of the waste stream reduces the bulk of waste going to landfills, eases the strain on our natural resources, and helps to create employment in both the informal and formalised waste reclamation sectors. BAPS Charities volunteers will be cleaning specific areas and streets as per the following: Lenasia: Saturday, 19 July 2014. 10am to 12pm. Mayfair-West: Sunday, 20 July 2014. 10am to 12pm