Every year, on 18 July, South Africans are encouraged to spend 67 minutes of their time to volunteer their services for social and charitable projects. This is to acknowledge the life of the late SA president, Nelson Mandela, whose life was dedicated to the freedom struggle in South Africa. South Africans are asked to involve themselves in local and national projects aimed at uplifting communities with the aim of making a difference. The call to ‘take action, inspire change and to make everyday a Mandela Day’ resonates strongly with the values of BAPS Charities. BAPS Charities volunteers in Mayfair-West, Johannesburg, responded to this call by hosting two activities: supplying pre-packed rape survival kits to a local hospital and conducting a neighbourhood street cleaning project.

A total of 400 rape survival kits, comprising of underwear, sanitary goods and personal hygiene items were packed by approximately 60 volunteers and donated to the Ntabiseng Thuthuzula Care Centre at Chris Hani Baragwanath Hospital (one of the largest rape clinics in South Africa). These kits were graciously received by the caregivers at the hospital who explained that the packs will be used for both adults and children following their medical examinations in support of the well being of these patients. Victims/survivors of sexual assault come to the clinic for medical care. The clinic, in turn, provides the necessary counselling and medical attention along with shower facilities and a set of new clothes. Boxes of teddy bears were also donated with the kits and will be given to children at the clinic. The experience for all volunteers was moving and an inspiring one, which upheld the principles that Nelson Mandela stood for , “For to be free is not merely to cast off one’s chains, but to live in a way that respects and enhances the freedom of others”.

The second Mandela Day initiative saw BAPS Charities volunteers respond to the call of President Jacob Zuma to make South Africa a cleaner nation. Here, approximately 30 volunteers spent the morning of Sunday, 20 July 2014 cleaning the streets of Mayfair-West. A total of 100 bags of rubbish and waste was collected which was then dropped off at the local Pikitup waste management centre. The cleanup also involved handing recyclable bags to local residents 3 weeks prior with the expectation that each household collect their recyclable material. In total, 150 homes received these bags which were then collected by Pikitup.

The overall feeling expressed by the volunteers was that keeping our nation clean is a challenging task and each person’s responsibility. The residents of Mayfair-West acknowledged and appreciated the efforts of the volunteers to make the neighbourhood a cleaner environment to live in. 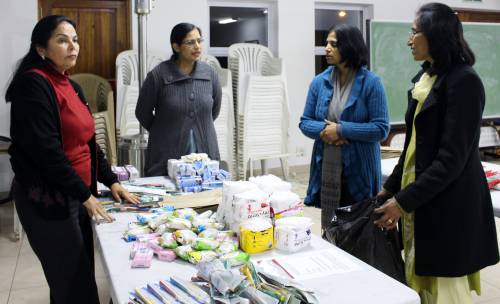 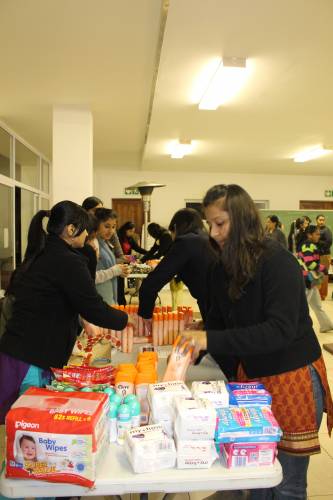 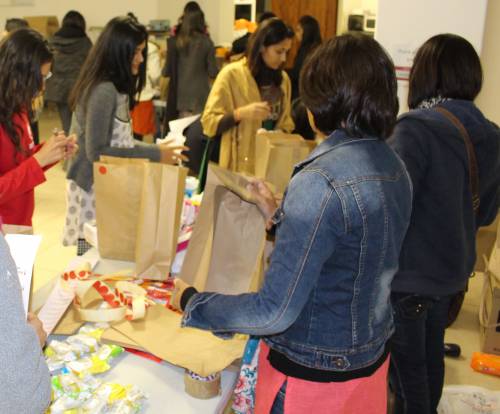 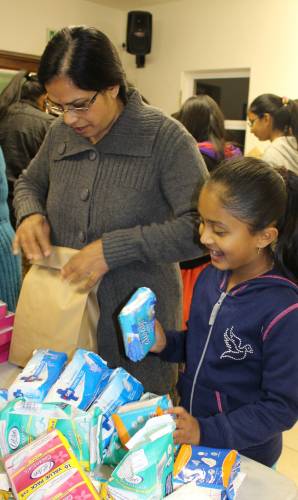 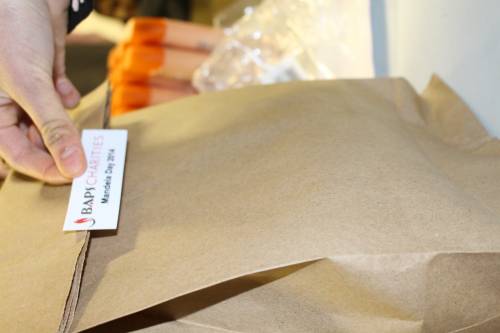 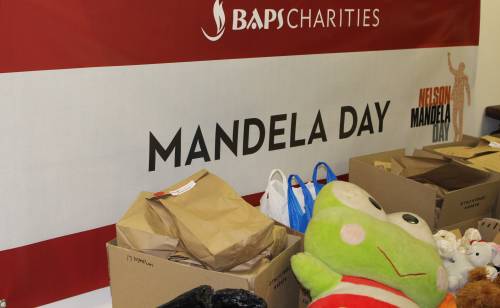 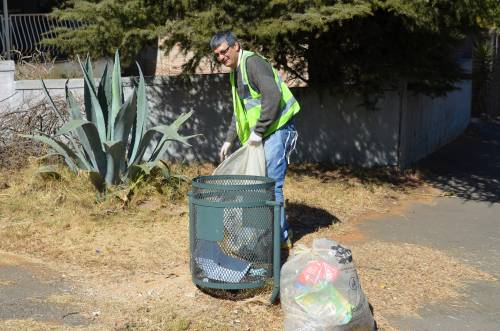 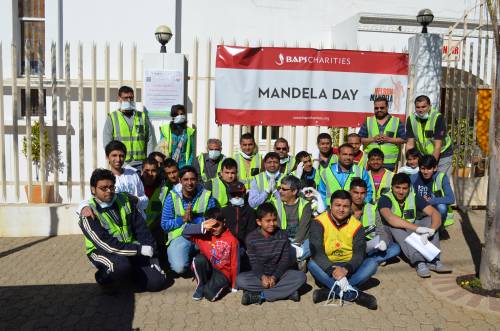 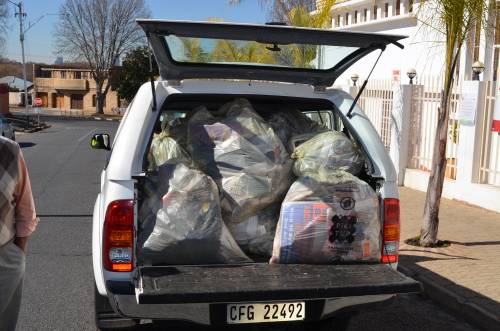 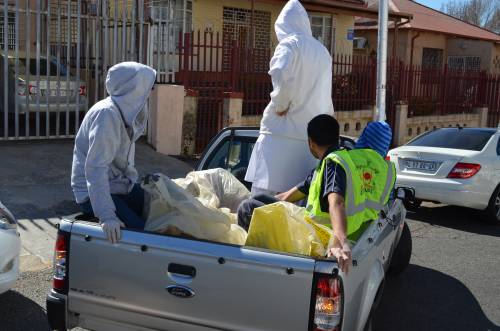 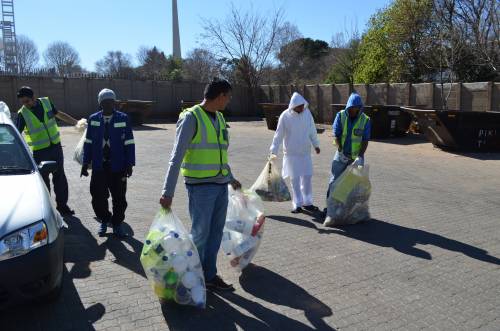 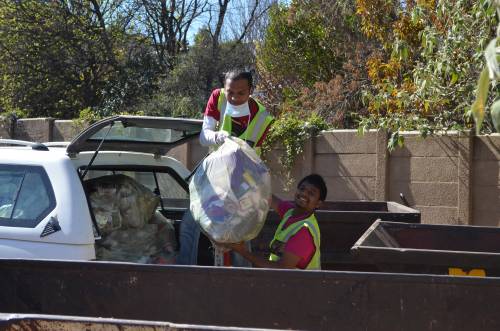 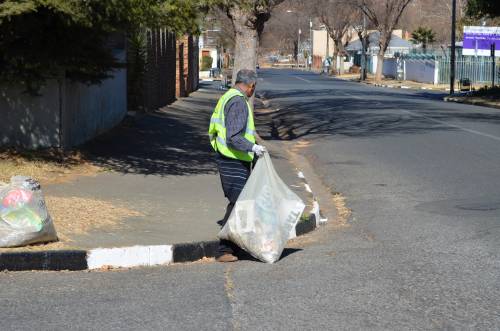 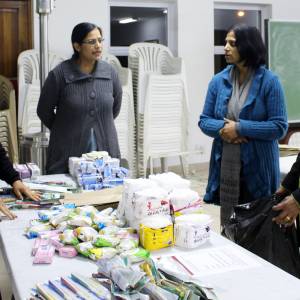 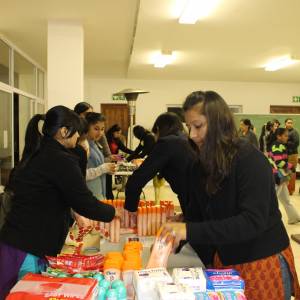 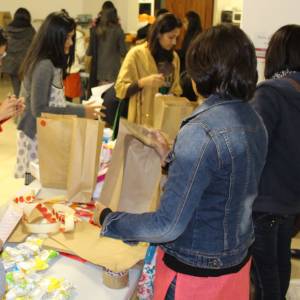 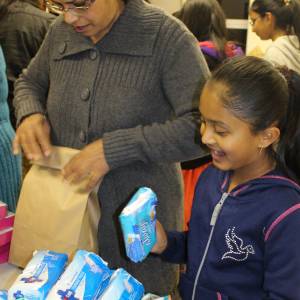 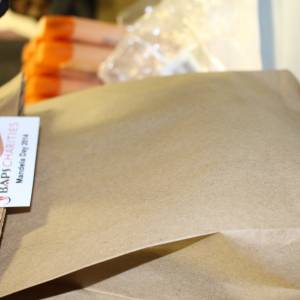 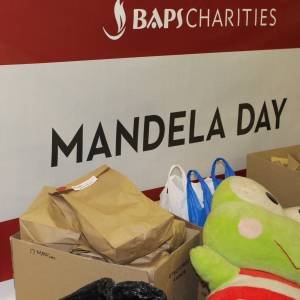 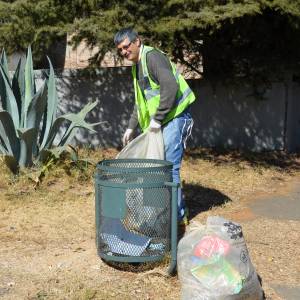 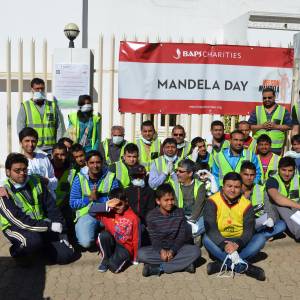 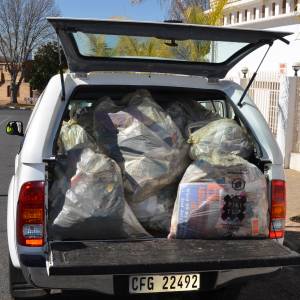 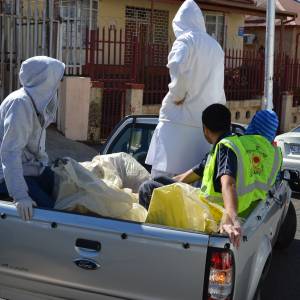 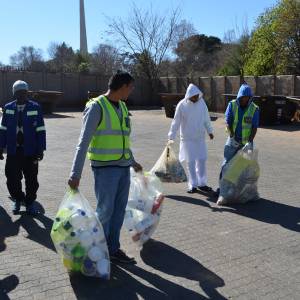 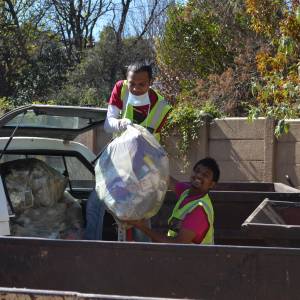 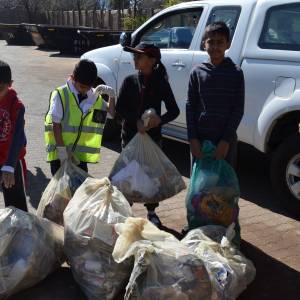 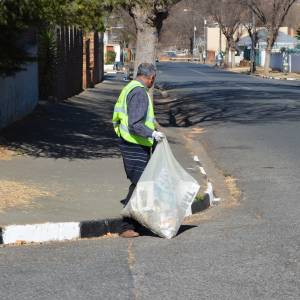