You are donating to: South Africa

Between May and June 2016, BAPS Charities hosted a series of health awareness lectures in Johannesburg and Pretoria, South Africa, focussing on Hypertension.

The speaker was the senior and much respected Dr. Kaushik Ranchod (MBBCh(Wits), FCNEUROLOGY(SA)). He covered a topic which is very relevant in today’s society and which affects millions across the world.

Dr. Ranchod began his presentation by highlighting statistical information which depicted the extent to which this condition has become a widespread problem, that affects all demographics, communities and age groups. He then went on to explain, with the aid of animated videos, the physiological effects that the condition has on our body; primarily discussing the blood vessels, heart, kidneys, and brain.

He covered the common causes, symptoms, and remedies for avoiding or keeping hypertension under control. In relation to common causes, Dr. Ranchod explained, that while there are no direct causes for the condition, it is generally attributed to poor lifestyle choices such as smoking, poor diet (resulting in being under/overweight), alcohol consumption, and having an inactive lifestyle. In terms of symptoms, Dr. Ranchod was quick to point out that hypertension is a symptomless condition, that only shows signs, when the blood pressure of an individual reaches dangerously high levels. In that state, a person may experience effects such as severe headaches, anxiety and shortness of breath. As for remedies, Dr. Ranchod highlighted the need for positive lifestyle choices, such as a healthy balanced diet, regular exercise, reducing salt intake and reducing stress levels.

The lectures ended with a constructive Q&A session which proved to be lively and informative. Those present expressed their appreciation of the relevance of the topic, and the need for living a healthy lifestyle in order to avoid such life threatening conditions. 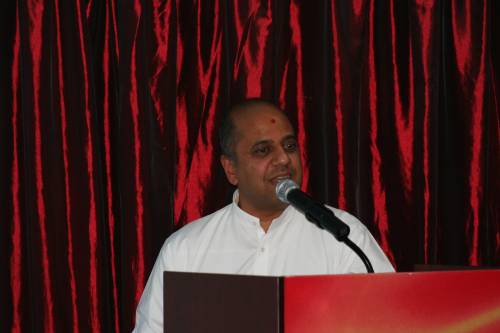 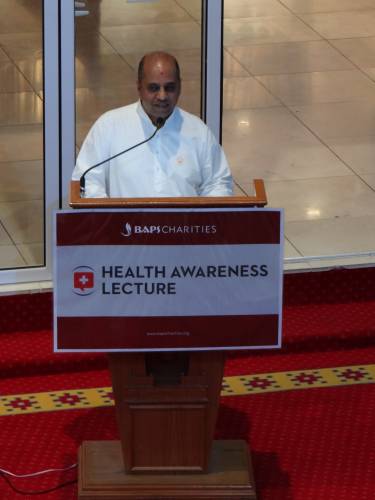 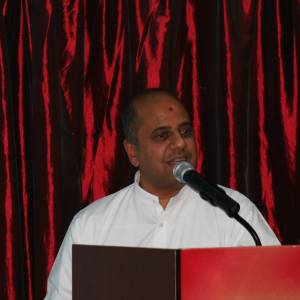 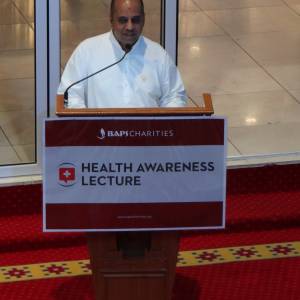