In January 2016, a few concerned citizens recognised the need to donate bottled drinking water to rural communities within the Johannesburg and surrounding Gauteng areas. What began as a local project has now become a national initiative that was also recently recognized by President Jacob Zuma in his State of the Nation Address (SONA). “Operation Hydrate” has managed to donate over 7 million litres of bottled water, thanks to donations received from both public and private sector benefactors since its inception in January. The main distribution areas are within the Free State and Limpopo provinces which has experienced the worst of the drought. The initiative will continue for as long as it is required to support these communities.

BAPS Charities acknowledges the efforts by the volunteers of “Operation Hydrate” and has donated an amount of R3000 (US$200) to support this humanitarian cause.

For more information on the initiative, please visit www.operationhydrate.org 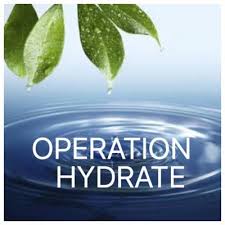